At Warrior Down, we advocate for veterans issues, because brothers look after brothers. When the N.J. Legislature created the NJ Veterans PTSD Task Force, Warrior Down was represented at the hearings. We testified in favor of Veterans Treatment Courts in New Jersey and were instrumental in the passing of resolutions to such in cities and towns across New Jersey. 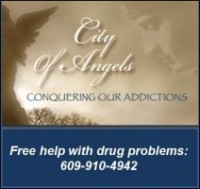